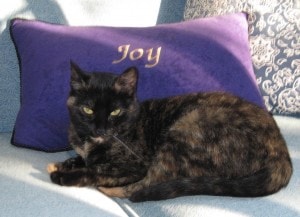 Don’t postpone joy until you have learned all of your lessons. Joy is your lesson. – Alan Cohen

Are you a procrastinator? Do you habitually put off doing things you know you should be doing now?

According to Wikipedia, procrastination is defined as the act of replacing high-priority actions with tasks of lower priority, or doing something from which one derives enjoyment, and thus putting off important tasks to a later time.

Procrastination is about fear, and living your life from a place of fear leads to living a very small life. Procrastinators sabotage themselves, whether it’s due to a fear of failure or even a fear of success. After all, if you don’t do something, there won’t be any consequences, either, be they good or bad. Procrastinators tend to be unable to make decisions, which allows them to avoid responsibility for the outcome of any given situation.

If you recognize yourself in any of these descriptions, here’s how you can overcome procrastination. And when you do, I’ll bet  you anything you’ll feel happier and lighter.

Prioritize. If you feel like you have too much on your plate, take one small step right now. Rather than shuffling papers from one side of your desk to the other, deal with each piece of paper once, and then file it away or trash it. Do the same with e-mail: either answer it, read it, or delete it. If if requires more thought, put it in a separate folder to tackle later.

Make a decision. Any decision. Nothing is worse than the stagnant mental replay of agonzing over the same issue over and over. Being decisive and taking actions is a natural human trait. You’ll feel freer and lighter afterwards – especially if you don’t second guess yourself, which is yet another way of not living in the moment.

Don’t blow a task out of proportion. If something on your to do list seems overwhelming, break it down into smaller steps. The longer you wait to tackle something, the larger it will become in your mind.

Face your fears. Ask yourself what the worst thing that could happen is if you do, or don’t do, the task at hand. Are you afraid to succeed or to fail? By forcing yourself to be honest with yourself, you may be able to cut through your procrastination quickly. Confronting your fears can be challenging, but not confronting them keeps you stuck in a rut.

I’ve never met a cat who procrastinated. Our cats live in the moment. Could it be that once again, they know more than we do when it comes to living the best life?

Are you a procrastinator? What helps you cope?

Error, group does not exist! Check your syntax! (ID: 11)
Thank you for nominating us once a day – each time counts!