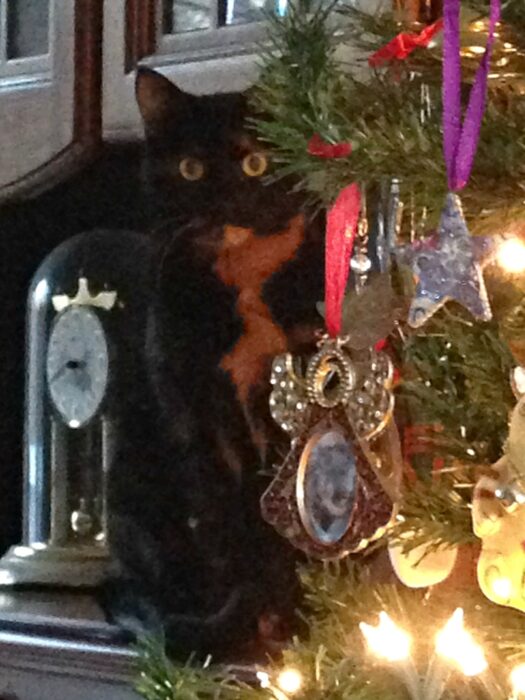 I love the week between Christmas and New Year’s. The pace of life seems to slow down just a little bit, most people still retain a little of the magic of Christmas, and it’s a perfect time for reflection. The Norwegians actually have a name for this week: “romjula.” According to the Norwegian Language Blog, “rom” means ”room” or ”space.” Romjula is the ”space” between jul (Christmas) and nyttår (New Year).

For me, this space between the years has always been a time of reflecting on the year that is about to leave, and setting some intentions for the New Year. I consciously give thanks for all the blessings the year has brought. I acknowledge the things that may not have gone quite the way I would have liked, and consciously let them go. If any regrets come up during this period, I gently release them with compassion.

I make two lists during this period of time: one lists all the things I want to let go of, the other lists my intentions and wishes for the New Year. On New Year’s Eve, I read both lists out loud. I start with the list of the things that no longer serve me, and after reading it, I tear it into small pieces. (One year, I did a ceremonial burning of the list in a metal bowl, but Allegra and Ruby were so spooked by this that I discontinued that part of the ritual!). I keep the list of the New Year’s intentions and wishes. It’s been wonderful over the years to see how many of the items on these annual lists have manifested.

Of course, Allegra is an integral part of this space between the years. They remind me not just during this week, but every day of the year, that it’s not all about doing, but that sometimes, it’s enough to just be.

8 Comments on Sunday Purrs: The Space Between the Years