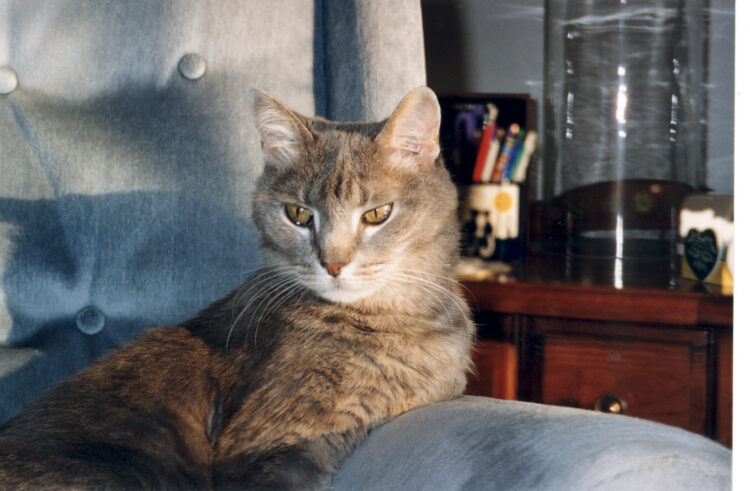 Some cats change our lives.

James Bowen was a down on his luck British street musician who was busking the streets of London when a ginger cat walked into his life. Bowen and Bob caught the attention a literary agent, an encounter that would change the pair’s lives irrevocably. Bowen’s first book, A Street Cat Named Bob, became an international bestseller and was released as a major motion picture.

Lil BUB came into Mike Bridavsky’s life when she was eight weeks old. She was born with several genetic mutations. Since then, BUB has become a published author, a talk show host, a movie star, and has helped raise well over $300,000 for animals in need.

Tabatha Bundesen was a waitress in Arizona up until her cat Tardar Sauce, better known as Grumpy Cat, became an internet sensation. Grumpy Cat has reportedly earned over $100 million through movie and media appearances, book deals, modeling, and more.

I’ve been blessed with three life changing cats myself. While the changes in my life may not have been as meteoric as Bowen, Bridavsky or Bundesens’s, they were profound. Amber inspired my blog, The Conscious Cat. Buckley inspired an entire book, Buckley’s Story: Lessons from a Feline Master Teacher. Between the blog and the book, my life changed in ways I never could have imagined.

And one of my cats literally saved my life. 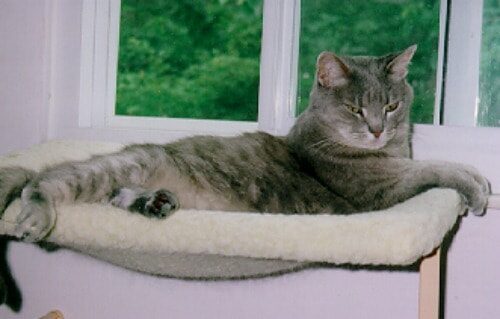 Feebee was a grey tabby cat who was born in the Shenandoah Valley of Virginia to a cat named Blue, who belonged to a childhood friend of my former husband. Walt and I were living in Germany at the time, but we would be moving back to the Washington, DC area shortly, so Walt’s friend saved one of the kittens in Blue’s litter for us. Meeting Feebee was love at first sight for me. We took him home as soon as we had moved into our new house in Northern Virginia, and for the next fifteen and a half years, Feebee was the love of my life.

When my marriage ended after Feebee had been a part of our family for ten years, there was never any question that he would stay with me. Even though our divorce was as friendly as these things can be, it was a difficult time. Unfortunately, the divorce was only the beginning of a very dark period in my life: four months after Walt moved out, my mother passed away after a short illness. Between trying to adjust to life as a newly single woman, and mourning the untimely passing of my mother, I felt completely overwhelmed. At times, just getting through an ordinary day seemed impossible.

Feebee was by my side for all of it. He let my tears soak his soft grey fur. His quiet, loving presence eased my sadness. He was a great listener, and his rumbling purr provided comfort. He cheered me up with his utter cuteness.

Despite his loving presence, the pain and sadness sometimes became unbearable. There were times when I considered just ending it all. 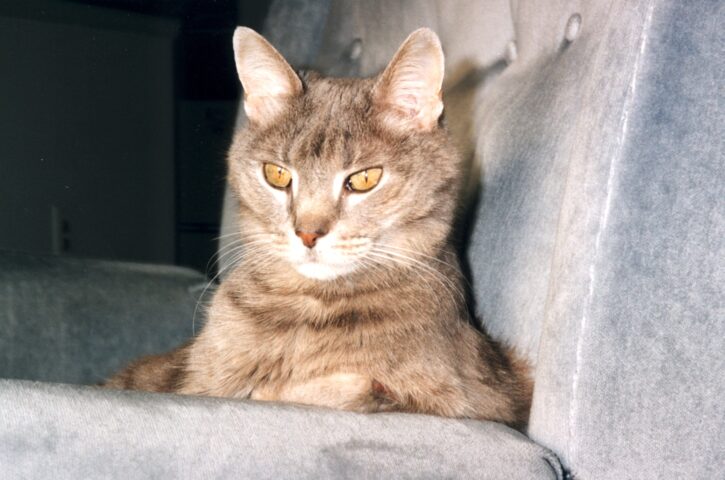 I still vividly remember a particularly difficult day. It was a rainy evening in November. The holidays were right around the corner. I thought about going back to Germany to spend part of the holidays with my Dad, but I just couldn’t handle the idea of an overseas trip. Well-meaning friends extended invitations, but it wasn’t what I wanted. I wanted my old life back. I wanted to not have to think about what to do for the holidays. I just wanted another quiet, relaxing holiday with my former husband. I wanted to feel spoiled and loved, the way he used to make me feel when things were good between us.

As I was driving home from work, a thought popped into my head. It would be so easy to turn the steering wheel just a little bit and drive my car into the wall along the side of the road. The thought scared me. I had never contemplated suicide before. Sure, I had had thoughts along the lines of “I can’t do this anymore. I just want this to end.” But I never went any further. This was the first time I had actually thought about the “how.” In one quick second, I could end all the pain I was feeling.

And then I thought of Feebee. Of how my little man was waiting for me at home. He was probably hungry. He wouldn’t understand if I never came home. Who would love him the way I loved him?

And I thought of how much this little cat loved me. He was fond of my former husband, but I was his person. The special love between Feebee and me was unlike anything I had ever experienced.

I’m here to tell you this story today, and it’s all because of a small grey cat. Feebee gave me many gifts throughout the almost sixteen years he spent with me, but none greater than the gift of life.

This article was previously published in 2017.

22 Comments on My Cat (Literally) Saved My Life